Emily and the hot tub

For almost two years now I have been attending a local gym…with a hot tub in the locker room. Emily always tells me to take a bath in the BIG bath tub instead of a shower when I’m done. I like a soak every now and then in the hot tub but, it’s not my favorite form of relaxation. But on the occasions that I DID soak in it-Emily was pleased with me. Why?! WHO KNOWS?! lol

Well, for some time now she has been telling me that she wanted to get in the big bath tub. Two weeks ago she and I talked to one of the gyms owners and asked if that would be ok. She said yes, and Emily was ecstatic! So a couple Tuesdays ago I had a surprise for her after I picked her up from Preschool. 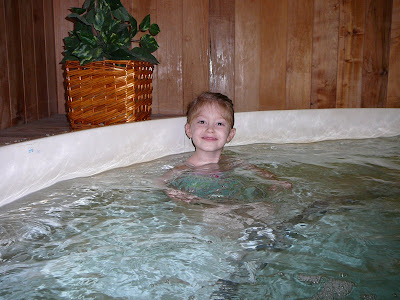 She had no idea that that day was THE DAY. lol! I had her swim suit, 3 actually for her to choose from. Come on this is Emily we’re talking about! The girl that changes 3 plus times a day and would change more if I didn’t start threatening to get RID of clothing to keep her from doing that!…ahem anywho-She picked a suit and had a ball! 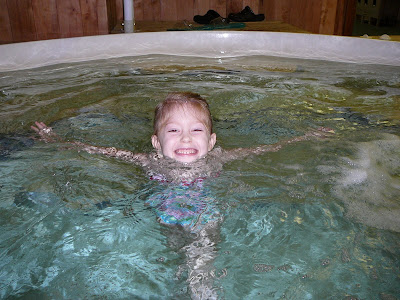 p.s. Jill this was for you-because I promised! wink

My friend Liza sent me an email this week, I think it was this week-if not I just LOOKED at it this week, with a link in it to find out the number one song on the charts the DAY I was born. HELLO this is SOOOOO up my alley! And now here it is! *use an announcers voice when reading this part. An announcer with a love for the color pink and flourishes! wink wink* the song that topped the charts the day yours truly graced the world with her beauty- cone head and all, loud voice and strong opinions:

ROTFL!!!! My honest first impression was-of. course. OF COURSE! This would be the #1 song the day I was born. The irony is that I'm not. Not in the fun, exciting, biker chic way that, let's face it EVERY girl wishes she were. Though I could be with the right resources and incentive. wink wink and a nod...

On the other hand, I am a Bad Girl. I'm afraid that's all I can say on that note. No, no. Please don't try and get me to elaborate. Your begging will be for naught. But if you would like to see what song people dug the most the day you were born then click here: http://www.joshhosler.biz/NumberOneInHistory/SelectMonth.htm

In other random news...I got a hair cut. quite a bit of length I might add. And the blond calmed to take my hair back to more it's natural color. Whatever that is?... And I love it! Thanks Amy for doing such an awesome job! Two weeks ago I professed re dedication to my blog. Before you go thinking my word is no good-hear me out. WHAT IN THE WORLD IS WRONG IN BLOG WORLD?! It's not just ME who's having trouble with keeping my blog up to date...ahem. Have we been hit with a virus of sorts? Could winter possibly be THE WORST time to FIND time and ENERGY to blog? it all started JUST before the holidays hit. Recovery time is slow I guess. ugh.

I'm no longer making promises of regular posts. Much like my description of myself on facebook, I am what I am, -I'll post, when I post. *wink
Spat Out by Hannah at 11:59 PM No comments:

I would make all kinds of promises that I won't get THIS behind again...but let's be realistic. wink. Rest assured I still have Thanksgiving, Christmas AND New Year's Eve still in draft modes and WILL post them...eventually. And with Valentines Day just days away...I'll just let you know now, it MIGHT not be posted about for awhile either. As a heads up I'm WAAAYYY behind in reading other peoples blogs too...so get ready for comments on really old posts. lol!

So here's a VERY condensed reader's digest update on what's been going on with us. We have all been sick. I mean REALLY sick. First we went through all the nasal sinus crap. Then the flu hit us. Then the nasal sinus crap came BACK. And we are just a few days away from finishing up antibiotics for STREP THROAT! Honestly! I feel like a Children's clinic!

To back up just a tad...The week after Sarah had her teeth removed, Christopher had four teeth removed as well. All of his baby K9 teeth were taken out. We joked that he would no longer be part dog. lol! He thought that was funny. The nurse that assisted with his removals told me that she hasn't had a better patient she was so impressed with him! She let him pick out two toys from the treasure box (that was kinda funny to watch cause the poor kids was so drugged up that he doesn't even remember picking what he did!) and she told me that I just HAD to brag on him for how well he did. It's even more amazing because one of the top k9's didn't want to come out. The roots were so strong and long that the tooth actually broke in half! So that part of his mouth was pretty bruised up-poor guy! He was such a trooper though and did REALLY well.

Topher's tooth extraction happened on a Monday...the next four days ended up being snow days! Yes, I said the next FOUR days. Those were some fun, and ROUGH days people. We did have a good time playing games and hanging out. After awhile though the kids were bored stiff with the indoors and the need to burn off energy was high! Monday we were all so glad that school was back on. wink wink and a nod....oh yeah.

More big news was the big move. The addition to the house is finally....almost finished. LOL! It's finished enough to use though and that's what's important. So, now the girls have their own room and LOTS more play space for both the girls AND the boys. Which is GREAT news for me cause they are so happy with more space to spread out and play in. The new family room has been a huge hit as well. It's in the perfect location. We can see in from the kitchen or dinning room. The way the room is also contains more noise than the old family room did. Making the rest of the house feel more separated. Nice. I also now have my own....room?...space?... ya let's go with space. wink.

Still, the new space and shifting has been great. The biggest bonus for me is that the kids have SO much more room to move around in. It's amazing really how much of a difference the extra space has made. We've been pretty tightly packed in for the last 2 years though we've been/are grateful to have had a place to be packed in at all.

So there you have it. All my excuses basically for why I haven't taken the time to sit down and blog. MUCH to blog about. Just NO time to do it. Knock on wood that will now turn around. wink wink!
Spat Out by Hannah at 10:00 PM 7 comments: