Wow. Two weeks. Wow. We have had a lot of fun! It's going to be hard to get back into the swing of school, homework, soccer practice (oh ya that started up again...first game was today!) So here's some highlights that will be coming in my SB post:

Music. Where would I be without it.

So this isn't a spectacular post of anything REALLY important...but I had to share this album with ya. It's not often that I find an album I love almost or all of the songs on. Very rare. Usually I like 2 or three songs and feel utterly RIPPED OFF on the rest. Filler songs-ugh. I have three that are all around greats! 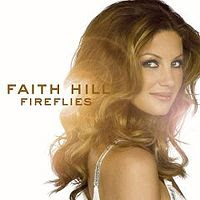 Second, Faith Hill's Fireflies. I can not say enough about that album! It has great variety! Since country isn't my number 1 of music genres I love that listening to her CD I don't feel like I'm listening to hours of country. My FAVORITE song on this Album is Paris. sigh. 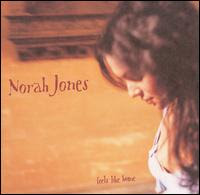 And third, Nora Jones Feels like home. Ah-LOVE this album!! My dear Amanda sent it to me one year for my birthday. I had never heard of her before, not that I was aware of anyway, and instantly fell in love with this album and her!

And I now have a FOURTH favorite album...Kelly Clarkson's All I Ever Wanted. LOVE. LOVE. LOVE! I seriously JAM to this album all around the house. Being that I discovered it over spring break and the kids are here all day with me, they now know all the songs too. And believe me, they can JAM! There is only one song that at first I kept skipping over, but here the last couple of days I have just let it play through and I'm warming up to it. The song is whyyouwannabringmedown. no lie. There are no spaces. It's very rock-probably the most rock on the whole album. But my FAV line in the song is the second sentences that starts out-I'm not your love monkey... LOL ahem. 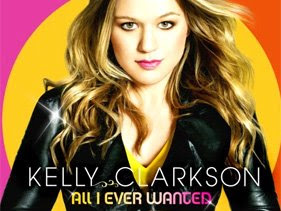 My ALL time fav song on this album is Cry. I can listen over and over and over again to that one! Next, Save Me. Seriously-A.ma.zing! Another fav-If No One Will Listen. OK-really the WHOLE album ROCKS!!!! Check it out and let me know what you think. Do you have any albums that you love all the tracks on?
Spat Out by Hannah at 1:22 AM 3 comments:

About a month ago the kids and I headed over to their elementary for the school's book fair and parent-teacher conferences. Sarah's teacher was the only one to request a conference. So instead of being stressed getting from room to room, at the right time slot mind you, we were able to shop around in the Library.

The kids don't get an allowance. This is for a lot of reasons, but to spare you my soap box speech on it lets just say I simply don't believe in giving kids money-just because they want it. But kids these days aren't dumb deaf and blind to money. HA! Total opposite actually. And they naturally want to purchase things...or ask you to purchase for them. So, in our family the kids earn money for their grades. $1.00 for A's, .50 for B's, .25 for C's and nothing for D's or F's. Seeing as the schools around here, and maybe everywhere aren't allowed to give students D's or F's on report cards...ya.

Ok, I have to back track a little here...but don't worry-I haven't forgotten the title of this post. And no, it wasn't a ploy at ALL to get you to tune into my blog again and forget all about the fact that at the beginning of Spring Break I promised you posts and pictures and video, etc. No, that was NOT my intention at all. mm-mm. well ok, maybe a little. But I really am in love with...

A Pigeon! Have you heard of this fabulous little book series by Mo Willems?! This bird is sassy, spunky and down right HILARIOUS! A couple of months ago during our Dentist adventures, ha ha (those are sarcastic laughs), Emily started going through the book selection in the waiting area. She picked out a book I had never heard of before called, The Pigeon Wants a Puppy! I really do! We started reading it and laughing! 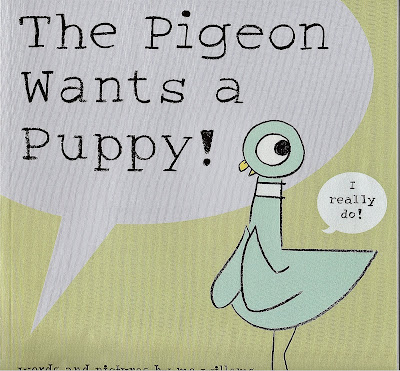 Don't get me wrong, I LOVE to read to my kids but sometimes I'm just not that excited to read the same story to them again. Kind of that-isn't there another book you want me to read? kind of attitude. Not this book! After I got through it the first time she of course said-read it AGAIN mommy! This time I didn't even hesitate and started all over. Well I tend to be an animated sort of person-shock, gasp I know! ahem. Just before I finished reading it the first time around people in the lobby area started to listen in. Other children in the room weren't shy at all about gathering around! What was kinda of humorous to me was seeing Adults listening and shifting in their chairs to hear the story better! Even the front desk staff all quieted down and listened in! I had a little fun with it though-wink wink!
ANYWHO!- Imagine our, Emily's and mines, giddiness when we found the Pigeon book at the book fair! AND we found a second one there we hadn't heard of called-Don't let the Pigeon Stay Up Late! SUPER hilarious as well. I have never before made my adult friends sit down for story time with me, until the Pigeon. She's changed our lives. Go get the books, there's several in the series. Let us know what you think of the sassy Pigeon! 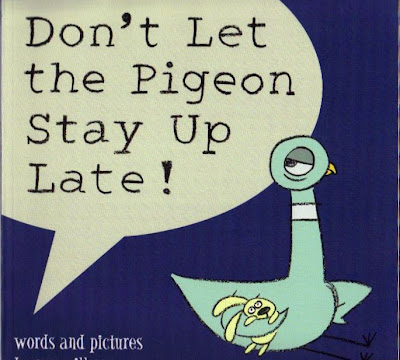 *side note, after the first time we read a Pigeon book, Emily laughed and said-That Pigeon sounds like Sarah! That made ME laugh! Poor Sarah gets a bad rap for her dramatic flare. Truth is, she's got too much of her momma in her! -wink
Sarah picked out two Barbie books-big surprise! LOL She just LOVES them though. I could only find one to scan. Chances are the other one is in bed with her, under her bed, in her special drawer, in one of the many play bags she fills on a daily basis with her treasure, etc. That's my Sarah! 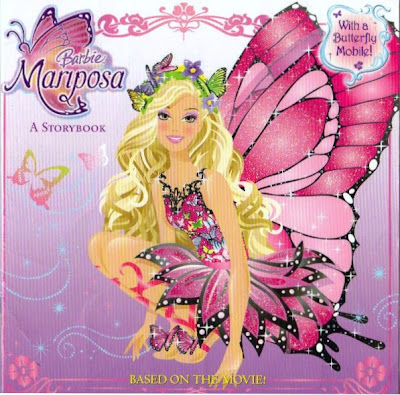 Kayleah wanted a chapter book. She is such a reader! She picked out this Tinker Bell book. She has already read through it a couple of times. Since she was reading a chapter book she needed a book mark for when she had to put it down. After all I have bookmarks for MY chapter books-wink! So she and I made her a cute bookmark. Kayleah had money left over and could have maybe purchased another small paperback book or set of stickers, but she decided to save the rest...for ice cream money at lunch time! That's my girl! 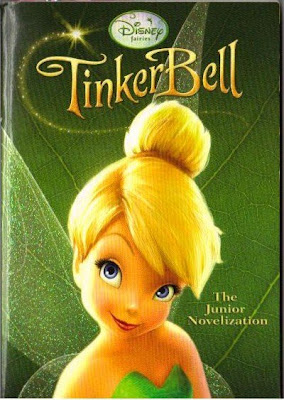 Christopher was too fun to watch scan through the books. Honestly if I hadn't given him a couple of reminders on how much time we had left I think he would have been there for another hour trying to decide! He REALLY wanted a chapter book as well, but it had to be the RIGHT one. Finally we found a series that looked really interesting but they only had the second book left. We bought it anyway, once Topher sets his mind to something it's pretty hard to change it, wink wink. He also bought this Amelia Rules-Funny Stories book. 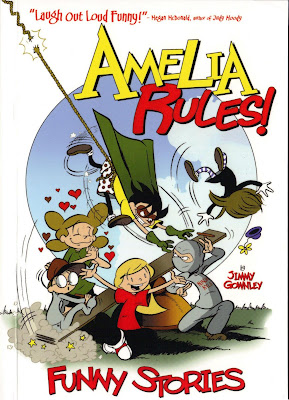 Kaleb had the hardest time of all finding a book. Mostly because he just didn't really WANT a book! LOL! This boy is about action, movement, the tangible. He was all about the movies and great toys that have also found their way into the BOOK fairs sales table, ahem. So sitting for a long period of time READING isn't exactly his idea of a good time. But he wasn't going to be left out of the book buying fun. So he found a Spiderman Comic book that cost a small fraction of his earned money. He was happy to point out to Kayleah that he had a LOT of ice cream money! *I would have a picture of it here for you, but I couldn't find it?...it's here, where is the question...
So that's our book fair adventure!
Spat Out by Hannah at 12:43 AM 5 comments: