The last day of school before Spring Break officially began the kids elementary had a spring concert.  It was WONDERFUL!  The kids all did SOOOO good!  The music teacher did an amazing job with all the grades.

Kaleb, Christopher and Kayleah gave a special musical performance with a set of Twins with the rest of the 2nd grade backing them up!  They did SO GOOD!  It was really cute.  My favorite, as well as theirs, was the last song they sang/performed.  The  Dinosaur Dance!  It was such a cute song and they DID DANCE to it!

Sarah’s performance was classic.  Her performance started when she WOKE UP that morning! *wink*  She HAD to look beautiful for the performance because her teacher said that a “Sunday” dress would be best for them to wear.  Oddly enough she was in a VERY SMALL group of people that actually wore “Sunday” dresses.  MHM… But she did look beautiful and even though she was on the TOP riser for the performance she could have been down on the gym floor in the MIDDLE of all the kids from HER performance!   She danced and moved and grooved and sang her heart out!  We could actually HEAR HER over the other kids-seriously.  Emily kept saying, “Mom, I can hear Sarah…does she have her own microphone?…”  There is NO denying that she is MY child, LOL!  The cutest song they sang was an alphabet song-it had ATTITUDE!

They really did a great job I WISH you could have all been there to see it.   I took pictures and some video but sadly the video’s aren’t working and the pictures are pretty bad…so I’ll have to get back to you with pictures and MAYBE video later, sniff sniff.

One day during spring break we decided to go hang out at our friends house, the Taylors.  It was such a nice day outside that we decided to hang out in their back yard.  The kids got out bikes and balls and anything else you could play in the backyard with and had a grand time.  But the REAL fun came when a game of baseball was organized by none other than JENNIFER!  *wink* 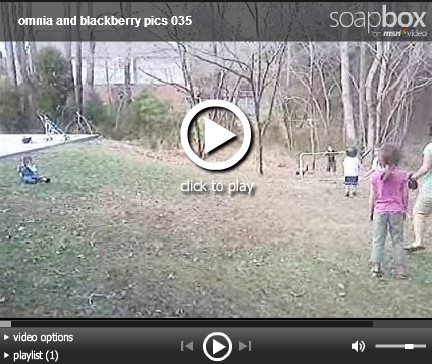 She is SO FUN!  The kids all lined up one by one to bat, catch and hackle, lol!  It was just TOO funny to watch.  Liah, Jenn’s little girl that I loved to love on *tee hee* sat with me and watched on the side.  For a little while anyway…then I decided to try and take pictures and a little video of them with my cell phone, hints the crappy quality, and so Liah decided to wander.  Poor thing almost got ran over, hit with a ball and ALMOST nailed with a bat! Luckily, NONE of these things happened.  But she did manage to order around the kids with a stick! 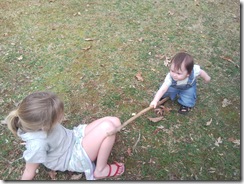 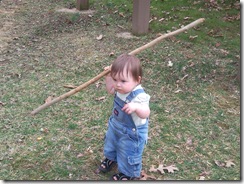 The most exciting part of the day was when Christopher hit a ball that hit a window and landed on the back deck…then Kayleah volunteered to run up through the garage to the house and retrieve it.  Well, she KEPT running…and ran smack into the SCREEN DOOR to the balcony!  When she realized what had happened she was standing in the middle of the deck HOLDING the screen door with both hands with a look of confusion and shock on her face.  All of us below that WATCHED it happen were laughing hysterically!  Thankfully she was not hurt, stunned-but not hurt.  Unfortunately we can’t say the same about the screen door.  It was broken, the actual FRAME of the door was broken!  OOPS!  So, ya….I owe them a screen door. *wink* 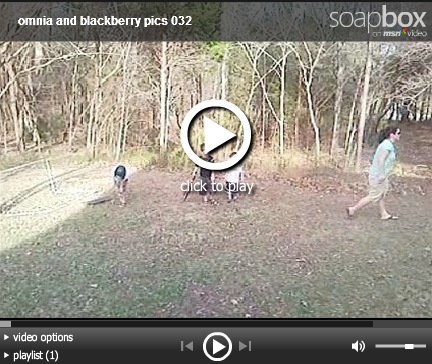 I just had to get a picture of the trips before the “fun” from the day was washed off!  After putting Emily and Sarah in the bathtub, and needing to to PRE-WASH their feet!  Drain the water and start new CLEAN water to take their bath in-I took these pics of the trips. 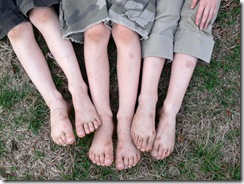 I also got this shot of Kayleah’s eye injury from the day. 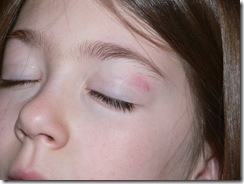 I LOVE this video of Emily and Kayleah!  Who could ask for a more loving big sister?!  She just didn’t want her sister to be out on a technicality! 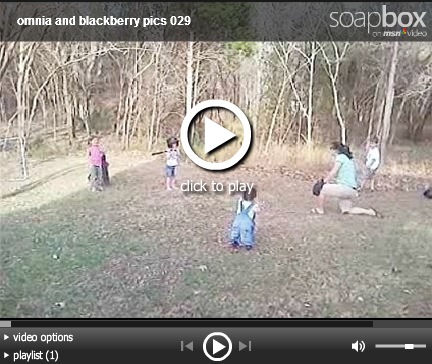 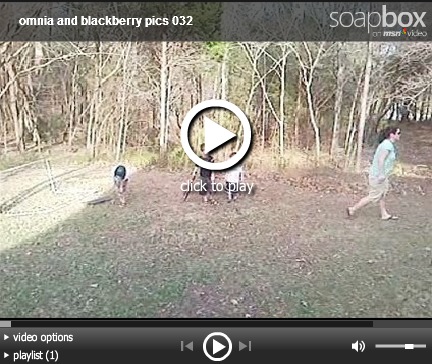