I finished going through papers from the kids that they brought home the beginning of this week and wanted to share them! 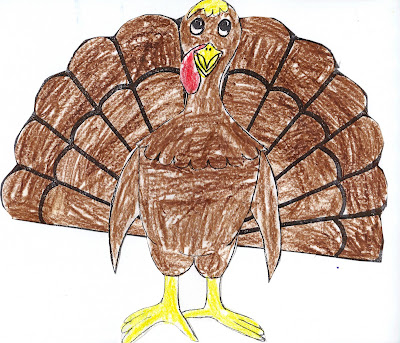 This is Topher's Turkey, on the back he had several things written...at first I thought it was a list of the things he was thankful for...but after I read potatoes I knew that COULDN'T be it! *wink* 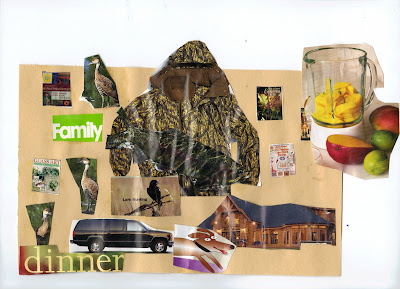 Here's a collage of things that Kaleb's thankful for. What I find most amusing is that he has pictures of lots of ducks and then a hunting jacket...hmmm LOL! 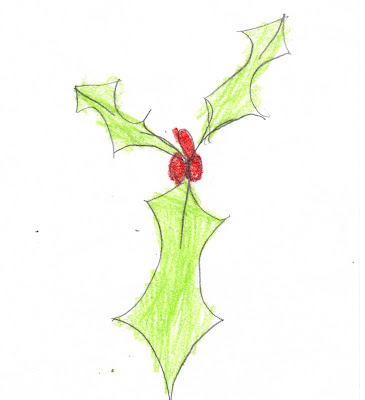 Emily drew this holy all by herself! I thought it was cute...so I'm sharing. And here's just a cute picture she drew. Funny story-several nights ago we were eating dinner and Kaleb called me Ms Wilson. I said who?! Ms Wilson is his teacher *wink* I then started pointing out how I didn't even LOOK like his teacher...I said she had blonde hair I have brown she's REALLY short I'm just a little short *wink* Then Christopher piped in and said, "ya she's skinny and you're fat" I turned around and acted REALLY shocked that he just said that! The kids were all laughing. I was standing by Emily and she reached over and while squeezing my stomach said "Mom's not fat she's just squishy!" LOL!! 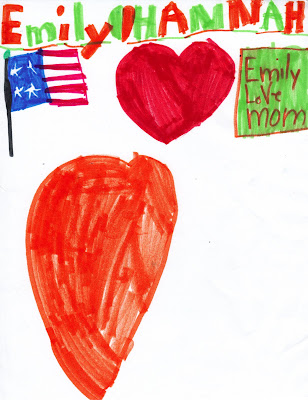