The last day of school the kids had a half day. So after we picked everybody up from school we headed out to see Santa Claus! The Taylor's Grandma was so lucky because Santa Claus came to her work to see everybody there. The kids all took turns jumping up on Santa's lap and telling him what they wanted for Christmas. It was especially fun afterward...while the kids snacked on refreshments that were there they quizzed Santa...on EVERYTHING!! It was TOO FUNNY! 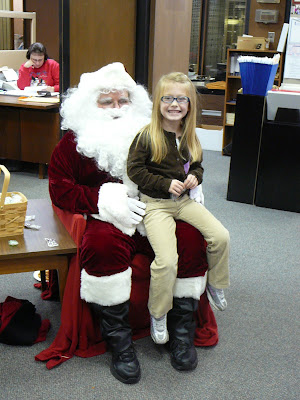 Emily quickly rattled off a few things, smiled for the camera and jumped off Santa's lap. 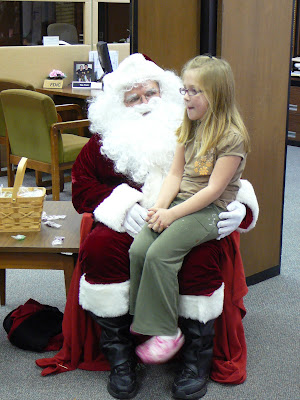 Sarah...her list was especially lengthy *wink* and she was relentless with questions for Santa afterwards! 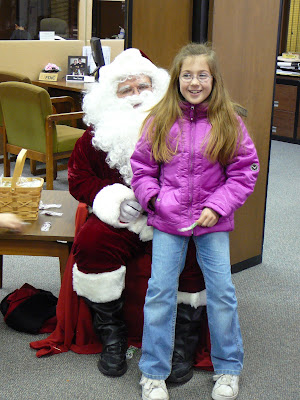 Kayleah...she had a hard time coming up with something actually. 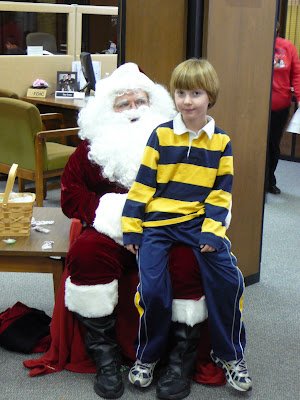 Christopher looked so big on his lap! 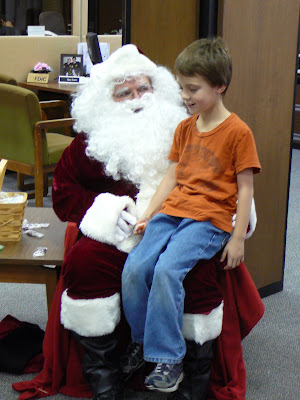 Kaleb in true Kaleb fashion responded with "you should know what I want or you'll get my letter soon." when Santa asked him what he wanted!
Spat Out by Hannah at 11:17 PM 1 comment: