I did these post backward...part one is REALLY part two and part two is REALLY part one!
After being snowed in-literally for over 24 hours, we ventured over to our friends the Taylor's house for some super fun sledding! Their house sits right on a nice hill on their street that was PERFECT for sledding. The kids really surprised me with how far and fast they went. The favorite and best sled for both speed and distance was an old classic wooden metal sled. Kaleb was always so fast I couldn't get him on camera hardly. He was too excited when it was his turn to go down that by the time I turned around from taking pictures of something else he was already down the hill! LOL! 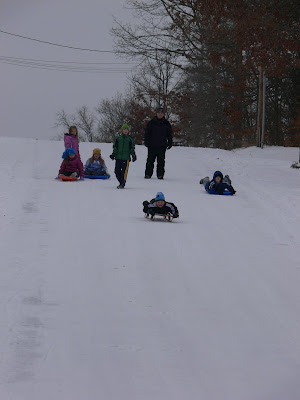 Kaleb is on the far right at the top...in this run he crashed to the left soon after starting *wink* 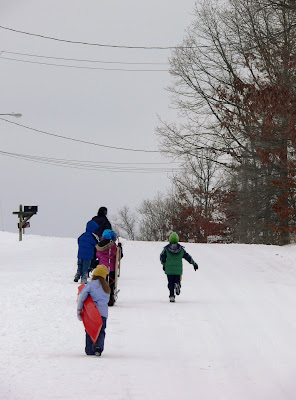 treckin' back up the hill was tiring! 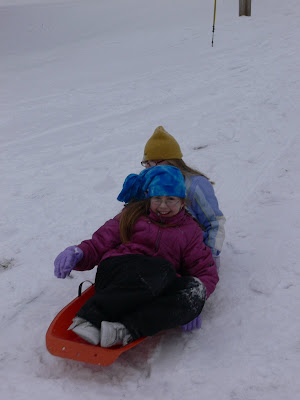 Sarah and Kayleah went "off roadin" with this run. They turned into the yard and on down into the landscaping. lol 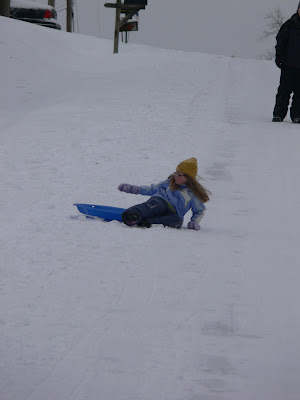 Sarah on the same sled Kaleb crashed with. It was hard to keep the circular one going where you wanted. 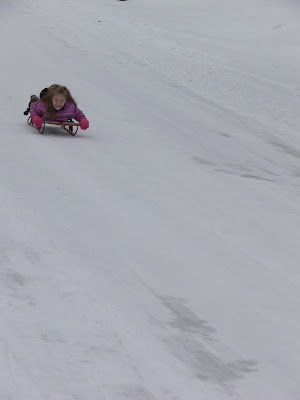 Emily having a blast on the red sled! She liked to steer it...she would make it zig zag as she got to the bottom of the hill slowed down just a little. 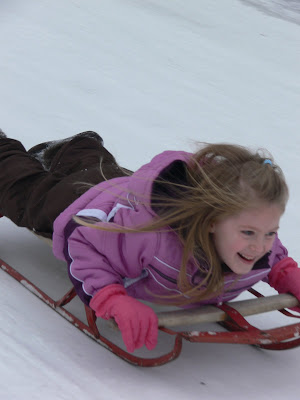 This snow wasn't great for snow ball fights. The yard was one big ice block. Christopher kept finding "untouched" parts of the yard and would carve out big ice chunks. He kept trying to out do his last one! Emily didn't do too bad either. No, Kaleb wasn't trying like they were...he was fixin' to through his chunk! Despite the fact that it didn't make great snowballs, didn't keep the kids from throwing chunks of ice at each other. And yes, there were injuries! 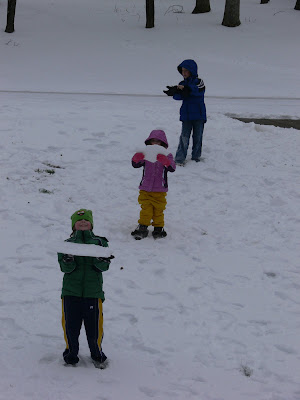 Again, the type of snow this was didn't keep them from TRYING to make it another kind. 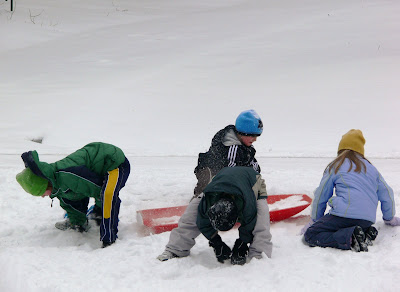