When you have exhausted ALL your schools allotted snow days and THEN some, you get LOTS of time in the snow. These pictures are from our last day or two of playing in the snow. The snow was packable but not so much sled-able *wink* so the kids packed it. They rolled it around into BIG snow balls all over the yard. Every few seconds Jenn and I were hearing, "MOM, can you please help me with my snowball?!" 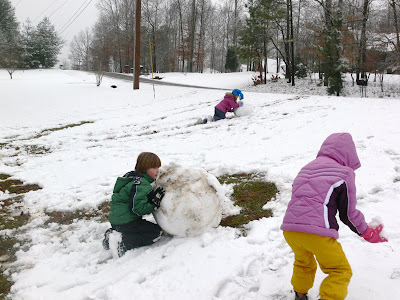 Isaac was working on a snow fort. Doesn't he look tough? *wink* 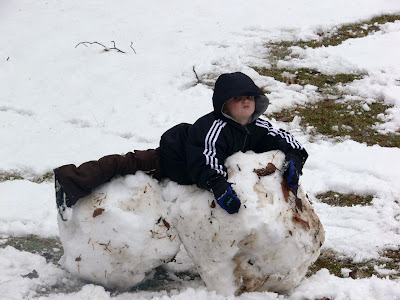 Kayleah kept asking for help with her rolling her snow ball...so Emily came to help. Although I think she really just wanted to take advantage of an opportunity to pick on her older sister. What do you think? 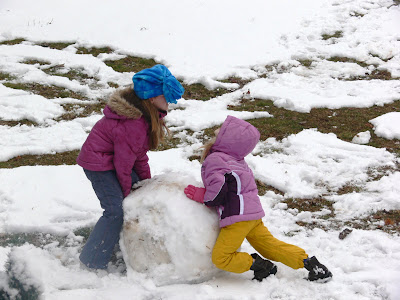 Christopher was so proud of his snow ball! And he worked HARD on it. 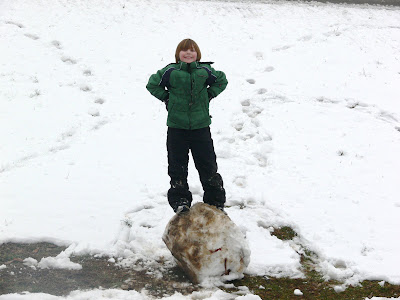 Sarah and Gabriel started making what was supposed to be a HUGE snowman into a snow-HORSE. Don't know where the horse came from, but hey why not?! 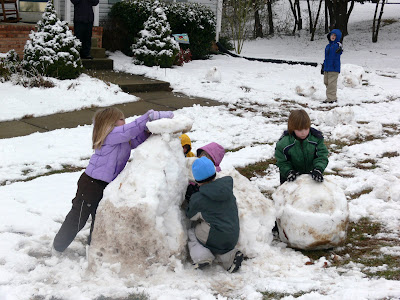 They tried to recruit the other kids to help and some of them did for a bit, even little Liah! But Sarah and Gabriel stayed with it...Gabriel carving out the shape and Sarah packing it down! 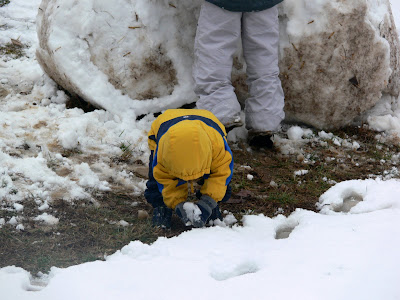 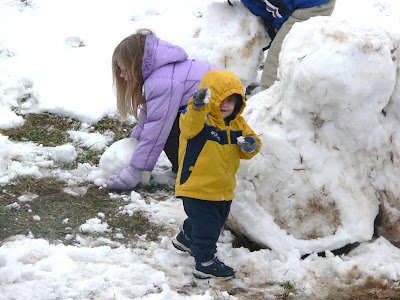 Then somewhere along the construction Sarah calls out "Mom! Check THIS out!" What I saw had me laughing one of those GREAT mom laughs! Ya know, the laughs where you're thinking, "That's SO funny...so UNEXPECTED...and so WHERE did they get that from?!" Sarah yelled, I looked and saw my daughter up "on" the horse, backwards, with her arm over her head HOOTING and acting like she's ridding a mechanical bull!! SERIOUSLY!! Sarah never disappoints! LOL! 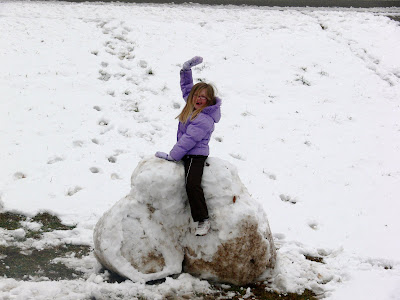 You might be wondering WHERE Kaleb is in all these pictures. WELL if you look closely at the picture with everyone working on the horse you can see him in the background. He had just thrown a snowball at them. Yep. He was trying SO hard to get a snowball fight going while everybody else was busy working on snow sculptures. So, naturally I put my camera up and CREAMED him! LOL! Kayleah tried to help him for a bit but she gave up quickly. *wink*