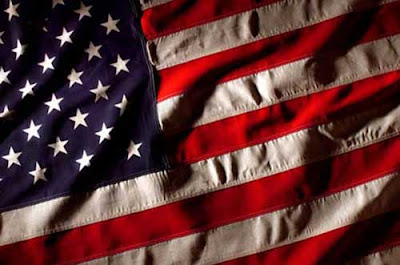 HAPPY 4TH OF JULY!  I love, Love, LOVE the 4th of July!  It's my second favorite holiday next to Christmas.  Traditionally we have our family reunion the first weekend in July which always falls around the 4th.  And it's a blast!  For the last SEVERAL years the reunion has been at my parents home in TN.  See they have an in-ground pool AND it's legal to set off fireworks here as opposed to in OH *wink*

Sadly I didn't take any pictures this year! I'm really bummed about this because so many of my cousins came with their new babies...ok so most of them weren't exactly babies anymore but I'd never seen them!  They were all adorable.  JUST adorable!  I'm super sad I don't have adorable pictures to share with you all.  Don't worry I've learned my lesson...ALWAYS have my camera with me! ALWAYS!

The reunion was fun.  It was relaxing which was WONDERFUL.  I even managed to take a short nap in between swimming and eating dinner!  How GREAT is that?!  It was short though *wink*  The Johnson clan was in charge of breakfast again.  Mom, Janece and Kelly were ready and prepared with their part of breakfast.  I was a little late getting there to set up the fresh waffle stand and my assistant...ahem...Michael was MIA.  He finally showed up and we got the waffles cooking.  Only my dad hooked both waffle makers up to an extension cord that was also hooked up to something else and we kept flipping the breaker!  The first batch of waffles had been stopped and started too many times while my dad hook them up and then they'd blow the fuse again.  FINALLY we got them going but then Michael and I had to scrape out the ruined waffles before we could get good ones going.  BUT when we finally did serve waffles they were delicious!  Michael had brought huckleberries all the way from Idaho with him and we served those along with strawberries, cool whip and syrup as toppings.  Aunt RaeAnn took some of the huckleberries and made a syrup with them that everyone loved.  He also brought huckleberry ice cream that I loved.  It was SO creamy!!

Later we had a SUPER DELICIOUS dinner.  Uncle Mark and Dad fried up some YUMMY fish and chicken.  Kayleah told me I had to try the chicken because it was better than McDonald's! LOL!  That's how you KNOW it's good *wink*  The grilled corn was really good too.  The reunion was a lot of fun.

Later that night the fireworks happened.  THEY HAPPENED.  Everyone drove over to our house because we have such a large backyard to set off fireworks.  They were GREAT this year!  And no one's house was attacked *wink* the boys did a good job entertaining us.

Next day on the 4th we went with our friends the Taylors to a fireworks show a little south  of us.  It was fun and the kids all had a blast!  I LOVE the fourth of July
Spat Out by Hannah at 9:42 PM No comments: