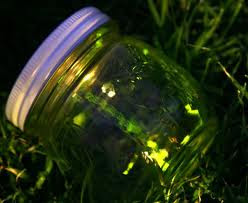 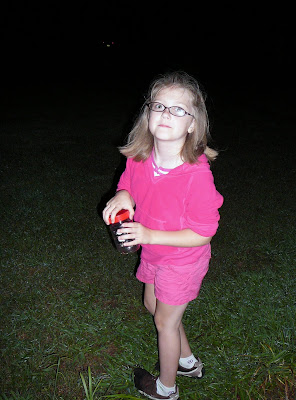 So tonight we were catching fireflies at the Taylor's.  When it was time to go home I got in the van to find Kaleb very distraught with Sarah.  She still had two fireflies in her jar and had refused to let them go at their house.  She was bringing them home to let them go at our house.  I assured him it was fine for them to come live in our back yard.  To which he replied "Mom, they don't know anyone at our house all their friends  are here!" I had to laugh because he was SERIOUS! I again tried to tell him they would be ok, they weren't like turtles.  He said "but Mom they don't know any of the fireflies at our house and they only get to mate
once! Would you want to mate with someone you didn't know?! ROTFL!!! Again, he was DEAD serious!  The answer Kaleb, no. No, I wouldn't
want to mate with someone I didn't know *wink*.
Spat Out by Hannah at 11:09 PM 1 comment: