After a MUCH too long hiatus I'M BACK!

I can NOT believe it's been since 2012 since I blogged. Let me do a quick recap of the years in between then and now (just major highlights) and then I will work really hard over the next few months to post pics and blog about our adventures. Because-they deserve to be told!

-I went back to school to become a Radiologic Technologist-graduated May 2014. Also passed my boards for CT registry so I now have the credentials R.T.(R) C.T. behind my name. YAY!
-Kayleah played middle school volleyball, and club and has now played high school volleyball.
(yes people I said HIGH SCHOOL...we'll get there...it's SCARY!)
-Kaleb continued to play baseball, played summer high school baseball and just finished high school soccer.
-Christopher is MAJORLY into robotics and electronics and has become my brain child with school. Oh and he broke TWO bones in the last year-both while on ROLLER BLADES. (more of that to come)
-Sarah has grown into such a beautiful girl people ask me if she does modeling. She also played basketball for the first time on a school team with her sister Emily and Sarah ROCKED! Shocked us all, seriously.
-Emily has played volleyball and basketball now with school but loves volleyball more. She is very social and growing up WAY too fast on me.
-We have had THREE dogs during the last few years...we got Lola and Max in June of 2013. Sadly Max died the next summer tragically. A few months later we got Harley. More to come of our beautiful pups!

WE MOVED!! October 2014 we made the hardest move I've ever experienced and moved to Gilbert, AZ. Leaving our beloved TN was something I never thought would happen. I could have lived and died there the rest of my life. (except for my dream of living by the ocean...) BUT it has been a good move for many reasons. The kids LOVE their new found freedoms here living in a neighborhood and having friends just a walk or bike ride away. I have been blessed with a WONDERFUL job that allows me to support our family for which I am extremely grateful. We miss our friends and family back home so much and look forward to visiting soon.

So that's the RECAP of the last 4ish years...now I'll get to some pictures and DETAILED posts! 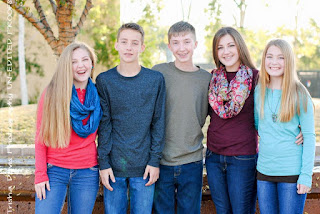